Back in Mid-November of last year, the Jingle Johns released their newest holiday video – the 2019 Lip Sync Battle. For years, the Jingle Johns have put on a viral concert featuring several snappy lyrical renditions of classic Christmas songs.  What makes this year’s video different? This year they leaped off their trailer and battled it out to be named the World’s Best Singing Toilet.  In review, this year’s Lip Sync Battle video reached a total of 50,000 people and was shared on Facebook alone more than 250 times.

Besides spending all their time online, the Jingle Johns also spent a majority of their time traveling around town performing in local parades and serenading fans at tree lighting ceremonies. Not to mention they also spent a great deal of the season performing in front of more than 1/2 million people who walked through the front gates at Chicago’s Lincoln Park Zoo during their annual ZooLights display.  All in all, it was a great season and we’ve already got plenty of ideas for next year’s video. Thanks again to all who were involved in making this happen!

Learn more about how the Jingle Johns came to life and the places they’ve been at www.JingleJohns.com 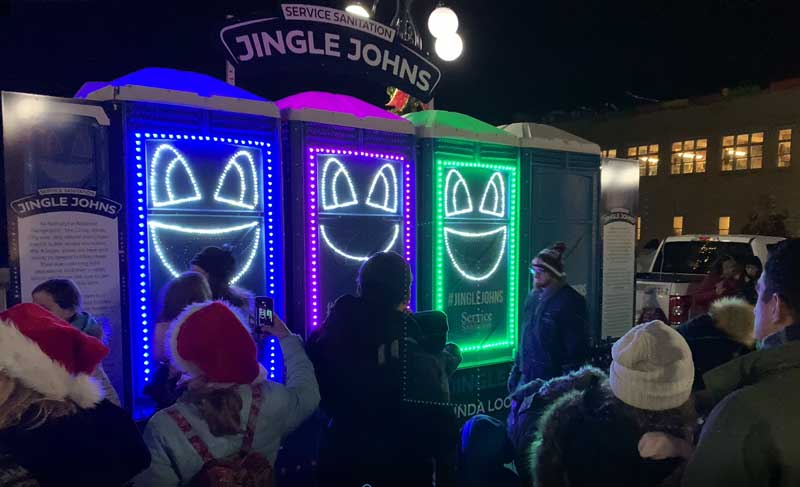 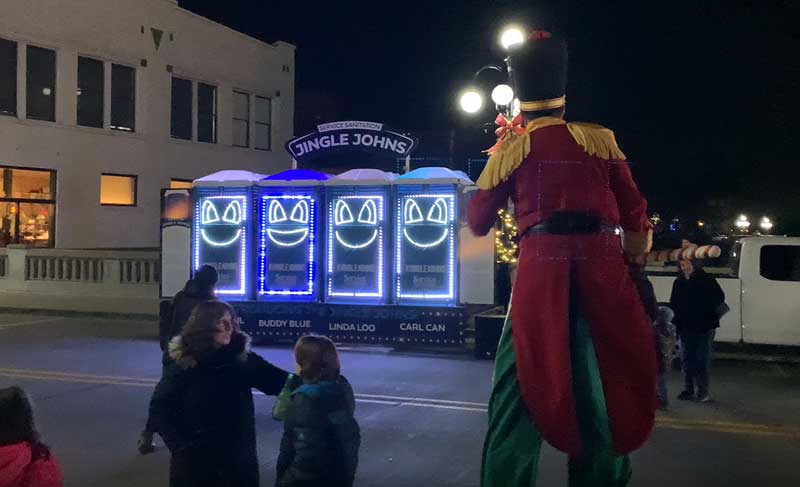 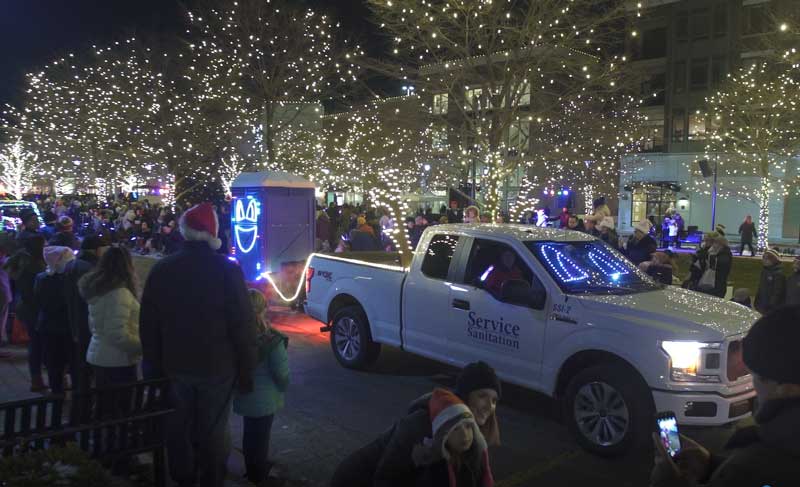